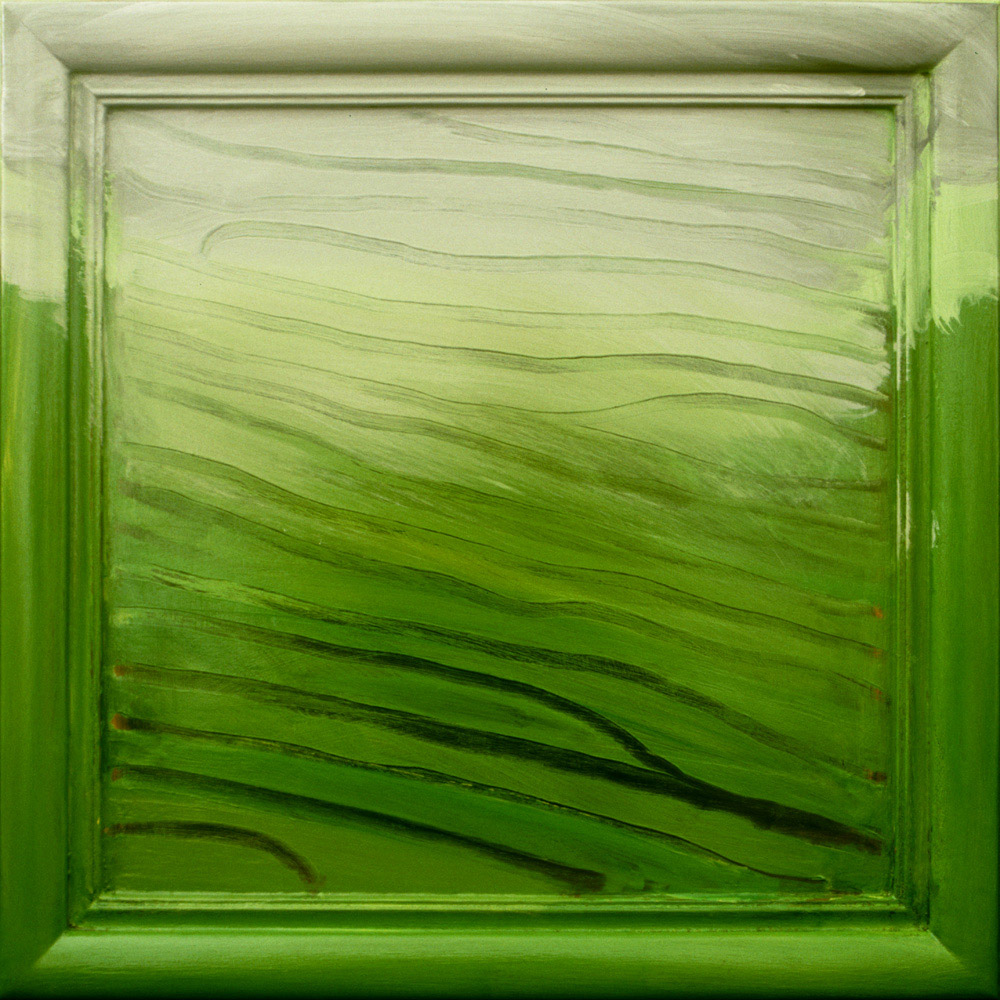 Version two of the eighth in a series of twenty-one artworks, based on a trip to Nepal in August / September 1996. This version of Terraced Rice Fields Near Bahundanda, was commissioned as a wedding present for the close friend who I undertook this wonderful journey with.

"At long last, we have left Besisahar, we are now staying in a small village called Syange, the village is set in the bottom of a deep river gorge. Rice terraces and pine trees fade out ever upwards into the swirling mist, which today has, fortunately, shielded us from the blazing sun. The house where we are currently spending the night hangs precariously on stilts over the roaring Marsyandi River. I know for a fact that sleeping only a matter of a few meters away from this roaring river is going to make for a restless night’s sleep.

As I write this entry the dal baat is being prepared, I can smell the dal and rice. It is good to be here and away from the searing heat of Besisahar, today’s walk took seven hours and we passed through some spectacular scenery as we followed the meandering river, at times we were following a path some five feet wide and eight hundred feet above the rapids.

As soon as we arrived here, I took my first shower in five days, it was interesting. The shower was a wooden box perched next to the river, the water was bloody freezing, but to the rescue came a knock at the door and placed before me was a huge bowl of piping hot water, it was heaven!

Today we have had to have porters as Craig’s feet show no sign of healing, I think that he has picked up a rather nasty fungal infection, I have not seen anything like it before. We also have to make serious headway after losing five days in Besisahar due to bad feet and stomach upsets. The heat and humidity in the lowlands have also hampered our efforts for several days but with the extra help carrying the kit we should now make some gains."