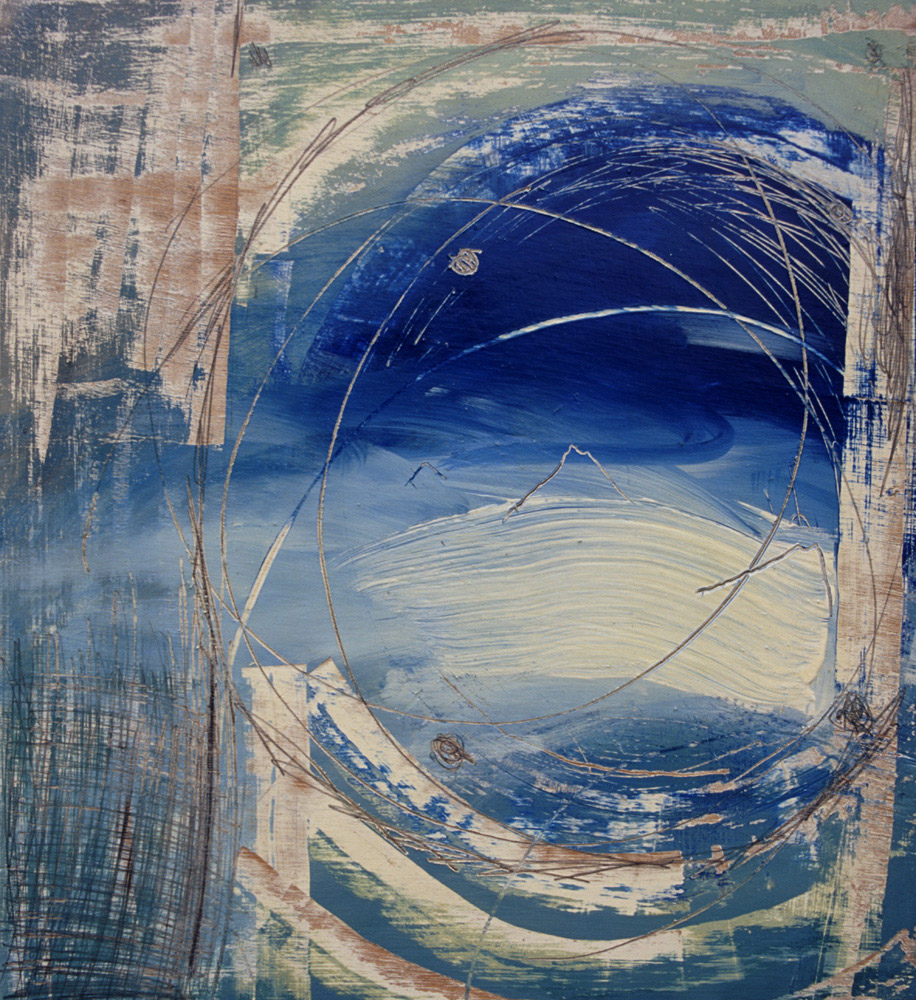 The final artwork in a series of twenty-one, based on a trip to Nepal in August/September 1996.

"Nima cooked a brilliant breakfast this morning, porridge and coffee, the porridge-tasted good made with yak’s cream. It’s pretty good when you know the chef! I figure he’d struck up a deal with the lodge owner. If he cooks the food and cleans up etc. then he gets free lodgings. Woofers has disappeared this morning, maybe he’s back on the trail again looking for some other travellers to feed and look after him, it was a shame he disappeared so soon as we wanted to buy him breakfast and say goodbye.

We made it to the airfield at 6:00 am for our 7:30 am flight to Pokhara. The first plane came in at 7:30 am and was forced to turn back one mile from the airfield because of the poor visibility. An hour and a half later a yellow and blue Russian army helicopter came in, piloted by three big fat Russian guys, they all resembled Soviet hard-line leaders. E.g. Brezhnev. The Nepalese do not know how to queue, we had to hold our line as behind us was a maddening crowd of people with goats, chickens and screaming babies, which added to the already tense atmosphere.

People were pushing and shoving us with dirty sacks of rice and other produce. The two drunks who had tried to throw Woofers off of a cliff near Muktinath were also on our flight, Domenic gave them some verbal though I doubt they understood him. The luggage was strapped down the centre of the helicopter, the benches which we sat on faced inwards with little round portholes to our backs, the machine shook and the noise was incredible although the take-off was surprisingly smooth. The flight lasted half an hour, we did not see much of a view, a few snow-capped peaks and lush green valley’s, I thought of Bob and Nima who were down below in the valley for four more days, as they were walking back to Pokhara.

Pokhara was surprisingly bigger than I remembered, we came in and circled the town and I could feel the humid warm air coming in through every gap in the helicopter, I could tell I was back as I started to sweat. Craig, Domenic and I caught a taxi from the airfield to Lakeside, we’re now staying at the Butterfly Lodge, it is very clean and five US dollars a night, we have carpets, hot showers and a laundry service. Tonight I have to retire early, as today was exhausting, tomorrow we board the nightmare bus at 7:00 am for Kathmandu."