New Horizons
#Personal
The year 2016 was a period of transition for our family; a time spent dreaming of possibilities and seeking new horizons. After much discussion and with completing the renovation of our home in Nottingham, we decided to put our house on the market. There wasn’t a defined plan, apart from we wanted to live somewhere surrounded by natural beauty, a place where you could walk in a forest or climb to the top of a hill within a few minutes of leaving the front door. Most importantly for the children, we wanted to give them an outdoor and active upbringing combined with green space and fresh air. The initial plan was to put the house on the market, sell it, pack our worldly possessions into a storage container and then once we had handed over the keys just get in the car and drive off. 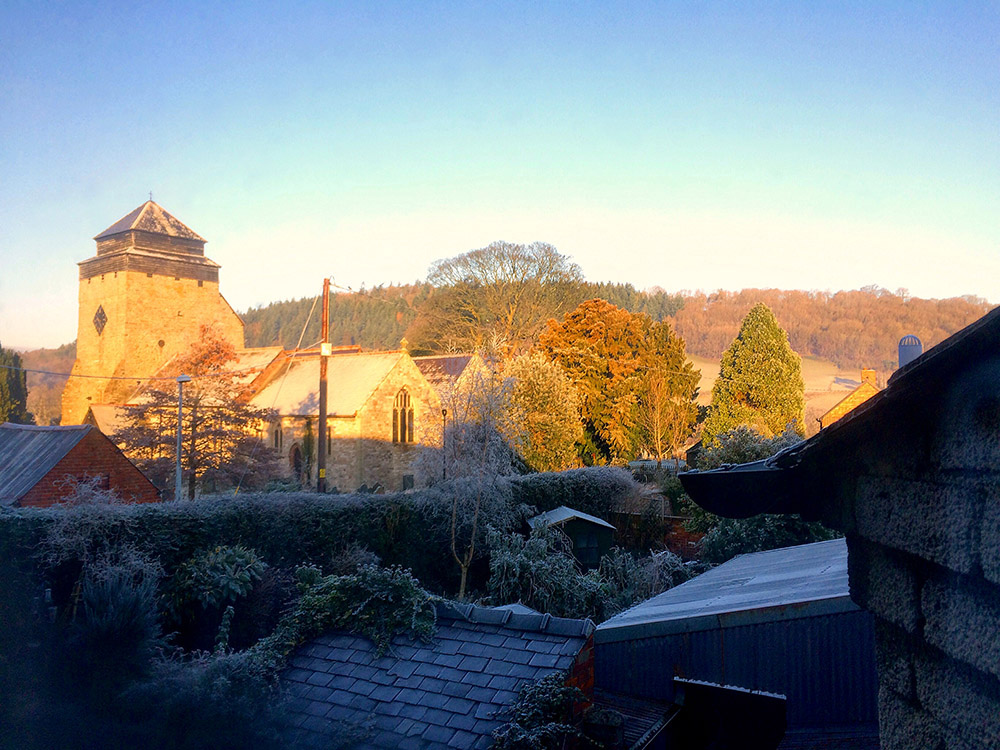 View from back bedroom window of St Michael and All Angels Church and Dolforgan Wood, Kerry

We envisaged doing some travelling, an exciting road trip and visit some friends in Europe or North America, but our plan was ever-changing and had to be fluid due to lots of factors. A road trip with three small screaming children, combined with the fact we were going to be homeless and to cap it all off the house move is and has been an exhausting process. After careful consideration and much discussion and with having an offer accepted on a property we liked, we decided the best course of action was to just move straight into our new home. The proposed road trip with the kids would be postponed until a later date, preferably when they are more likely to enjoy the experience.

Prior to leaving Nottingham, we didn’t have a definite location in mind, we considered Scotland, Northumberland, Cumbria, North Yorkshire, Herefordshire and most of Wales. It was a case of finding a house in the right price bracket, in the right place and preferably with more space than our previous home. Outbuildings and space to build a studio and office in the garden or adjacent land was also a requirement and it was also important we had access to amenities for us and our children, such as schools, leisure centres along with access to medical care.

Eventually, we found a Victorian house in the village of Kerry in Powys, historically the house used to be the village shop and was built c.1876. It is a good third bigger than our house in Nottingham, it has a courtyard and most importantly comes with a ready-made barn or grain store built into the rear of the building. The barn structure was in excellent condition with corrugated iron roof, solidly constructed with iron girders and red pine. Immediately we could see the potential for renovating this outbuilding, it would make a very large and ample shared studio space to expand into. In the garden, there is the footprint of a structure long since gone, but one which we could resurrect and turn into a cedar-clad outdoor office building. The vision was there, a house which needs lots of love and attention and a barn building which requires much the same and space for an office in the garden. This is exactly what we need in order to not only grow as a family but for Billie and I to expand and grow our art and creative businesses into the future.

The surrounding landscape is mile upon mile of green rolling hills, densely slotted with pine, beech, silver birch and oak. It’s a stunning part of the country and one which I feel is largely overlooked. We have access to the coast and Cardigan Bay to the West, Shropshire Hills close by to the south-east, Snowdonia National Park to the north and Brecon Beacons due south. We’re also only two and a half hours drive from friends and family in Nottingham, which is also an important consideration. There is also an excellent direct connection to Birmingham International Airport from Newtown train station, which rather conveniently is only three miles down the road.

We moved in between Christmas and New Year and had a very warm reception from people living in the village. We also have lovely neighbours who have been most warm and helpful.

For us, it is a time of renewal.